The job of an hypervisor's scheduler is to decide, among all the various vCPUs of the various virtual machines, which ones should execute on the host's physical CPUs (pCPUs), at any given point in time.

Each schedulers can be assigned to 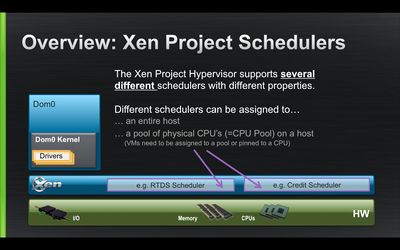 Two kind of interactions with a scheduler are possible: 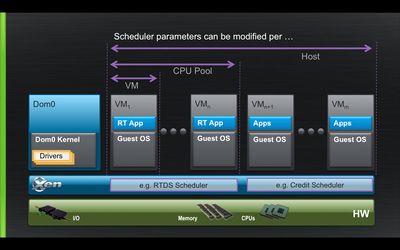 Use cases and Support in Xen 4.8

A virtual time based fair-share, general purpose, scheduler in use in Xen 2.0 and 3.0. Domains's shares of CPU time were determined by their weights. What it is traditionally called quantum, or timeslice, was known there as **context switch allowance**, and was configurable. It was SMP enabled, but lacked a non-work conserving mode.