Linux stub domains are used in QubesOS and OpenXT.

Interfaces between stubdom QEMU and dom0 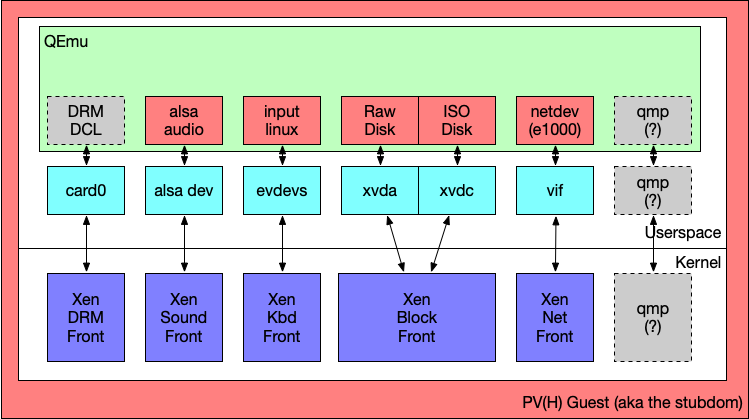 QMP in Qubes and OpenXT

Connection between the qemu device model and the libxl toolstack requires a communication channel to be established between the separate domains where they are run, which is then used to deliver QMP traffic in both Qubes and OpenXT.

OpenXT uses a qemu character device that delivers via Argo to a helper process in dom0:

The Xen toolstack libxl is currently dropping QMP Events after parsing them from JSON, so filtering at the qemu source could reduce the volume of interactions over the channel: