Virt-install is not part of Xen, but it's developed by Redhat and included in Fedora, and it can be used to install new Xen domUs (along with KVM based guests).

virt-install has two modes of installation:

and let Yum sort out the dependencies.

Preparing to install/create a new domU

First we'll create a new logical volume to be used as the virtual disk for the domU:

Using virt-install to do a graphical installation

There are 2 possible ways of doing a graphical install:

Start the domU installation with:

For more information on what each parameter does, refer to the virt-install man page. A brief summary:

After you run virt-install, you'll see something like this: 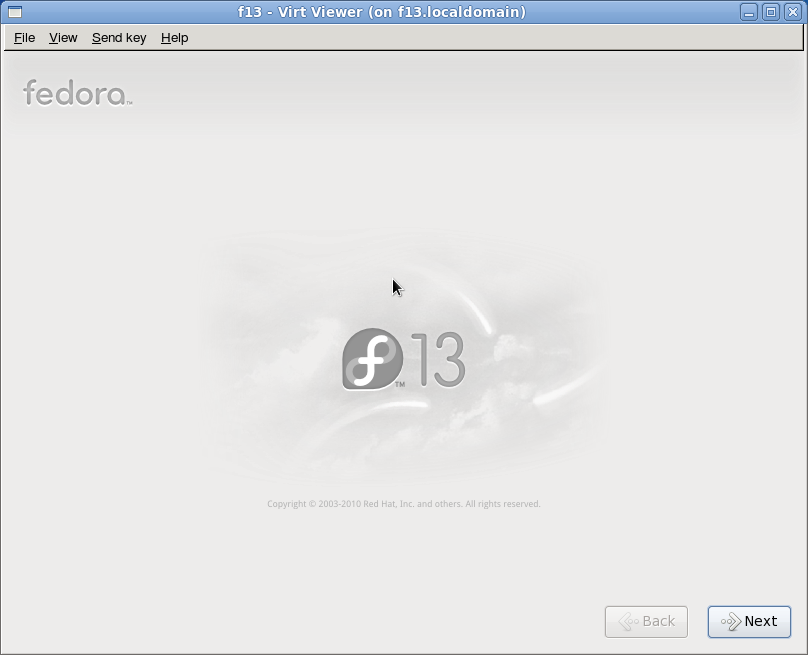 From there, you can install Fedora as usual.

This step only involves getting a VNC client on your system, followed by changing the virt-install command.

Specifically, you have to tell virt-install to setup the VNC server so you can connect to it. In particular, you'll need to specify the VNC options in the --graphics parameter, so it instead of just

When you run virt-install, the initial output will look like the output mentioned above. However, after "creating domain", you'll be returned to the command prompt. Once that happens, you'll need to start the VNC client on your computer, and connect to hostname-of-dom0:1 to see the graphical console.

Note: If you don't specify the port number, the first open port above 5900 will be used. virt-install will tell you what address to connect to when you quit though.

Using virt-install to do a test-based installation

The virt-install command is mostly the same as the first one. The only difference is that instead of --graphics it's --graphics none, and virt-install takes over the same console that you just ran it from.

Once the installer files are downloaded, you'll be shown the text mode install screen: 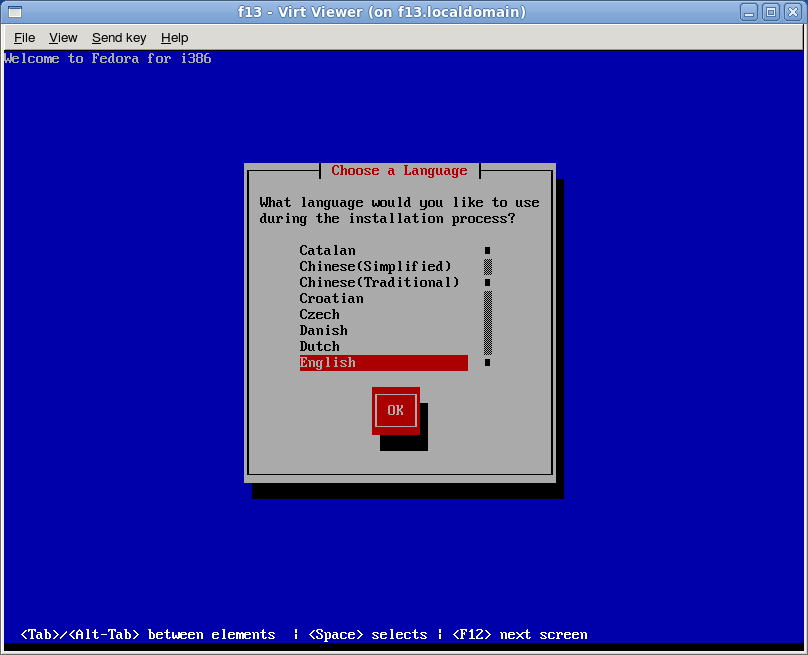 For there, follow the install instructions for your respective domU distributions.

A few points about disk partitioning in the domU